Pasta is both a cheap staple food the world over and the basis of some of the most delicious gourmet meals.

Versatility is one of pasta’s key strengths.

We’ll look today at just some of the vast range of pasta shapes available. With over 400 varieties, the choice can seem overwhelming.

The difference is not in the taste but how these various shapes and styles respond to various sauces and ingredients.

There is a marked difference in taste, though, between fresh and dried pasta so we’ll kick off with a quick glimpse at these first…

Check out how these types of pasta differ…

Dating back to the times of ancient Rome, fresh pasta was made using a derivative of durum wheat mixed with water.

This pasta fresca was meant to be eaten immediately after cooking.

Fresh pasta takes less than half the time to cook. Its super-light texture means it works best with lighter sauces.

Some varieties of pasta are only available fresh.

Pasta secca or dried pasta originated in the 8th century when the Arabs invaded Sicily.

Used on lengthy sea voyages in the 1300s since it was nutritious and lasted well, dried pasta began the worldwide domination it still enjoys today.

Made from water, semolina flour and a little salt, you can store dried pasta at room temperature for lengthy spells.

The firmness of dried pasta lends well to being served with robust and hearty sauces. 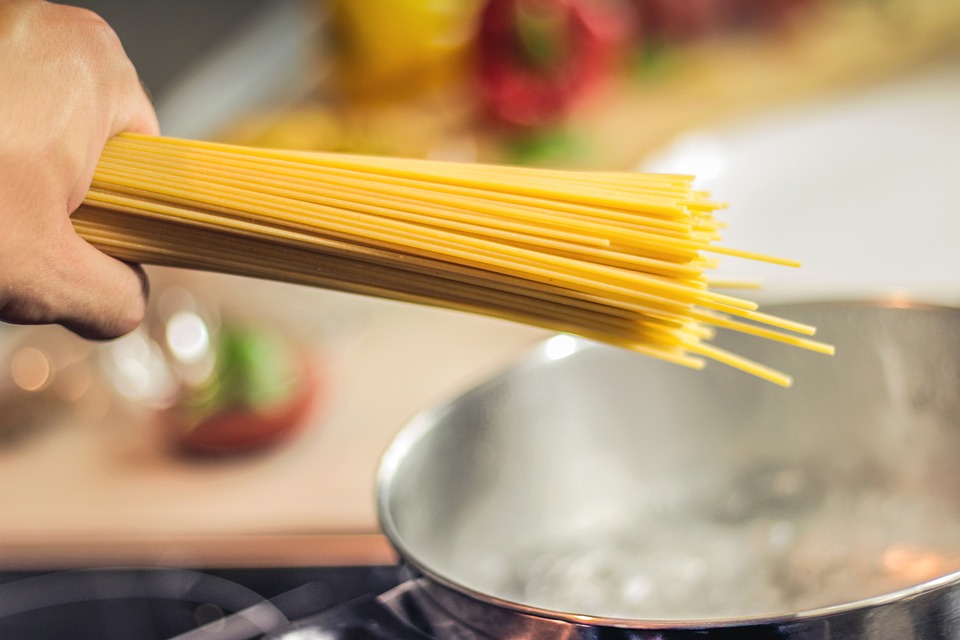 Different Shapes and Styles of Pasta

With such a wealth of choice, knowing which shape of pasta to match with a particular sauce can seem overwhelming.

This is the thinnest type of pasta as the name hints.

A key advantage of angel hair is the speed at which it cooks. This pasta is great for anyone with a hectic lifestyle.

Penne is a tubular pasta and arguably the most popular in this category.

While regular egg penne is the default option, you can also roll with tomato and spinach flavored penne if you fancy something different.

Penne tubes are cut diagonally and come with or without a ridge.

The type of pasta that springs instantly to mind, spaghetti is the tried-and-true classic.

A go-to option in any Italian restaurant, spaghetti is a cheap and easy way to load up on carbs while complementing most dishes.

Linguine means “little tongues” and is a form of flattened-out spaghetti.

These noodles are roughly 1/8-inch wide though they also come in a narrower version called linguettine.

As with most dried pasta, cooking time is anywhere from 10 to 15 minutes.

Named for a butterfly, these dinky little bow-tie shapes are another classic type of pasta.

Farfalle comes in a selection of vegetable flavors as well as in its plain incarnation.

These tightly-wound corkscrew shapes are prevalent in student accommodation the world over. 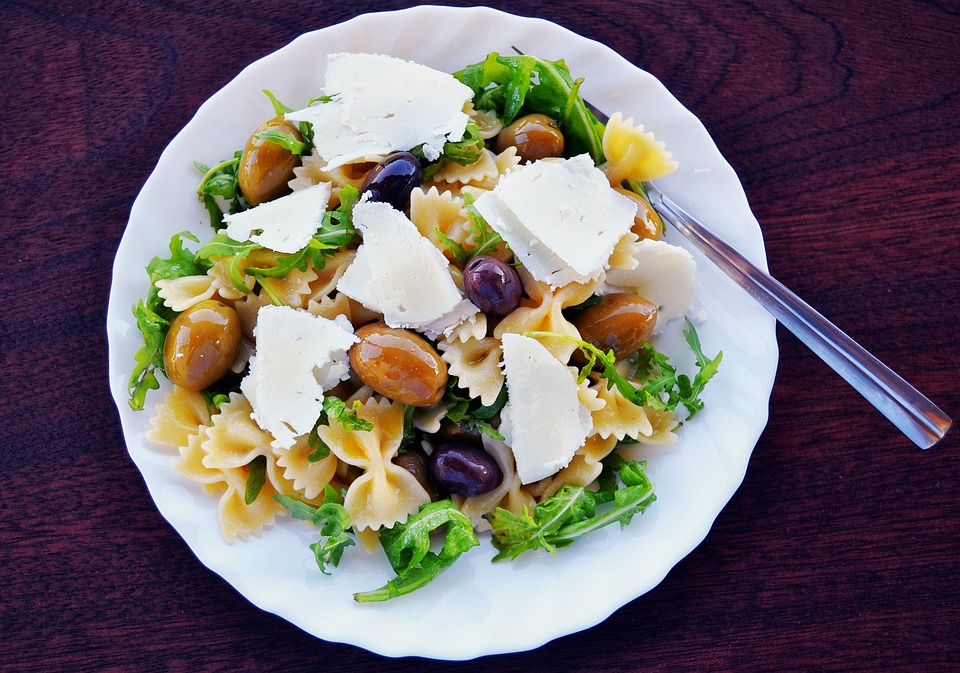 As with farfalle, the configuration of fusilli lets thick sauces bind to it while imbuing plenty of flavor.

These 2-edged or 3-edged spirals often come in multiple colors within the same pack to add a flourish to your presentation and plating.

Made from egg, flour and potato, gnocchi are tiny dumplings almost exclusively available in fresh form. While you can get dried gnocchi, it’s simply not as good.

You can extend your repertoire by incorporating gnocchi into baked pasta dishes.

Squares of dough, ravioli can be filled with just about anything…

Whether it’s the delectable lobster ravioli for a treat or cheese and meat for a daily feast, ravioli is incredibly flexible.

Ravioli squares are usually 3 x 3 cm and it forms the backbone of a hearty meal.

Fettuccine is a ribbon-shaped pasta also coming in a wider form (fettuce) and a narrower version (fettucelle).

The name means little ribbons and, while the length is similar to spaghetti, it’s easier to eat and slightly more robust.

Very close to fettuccine in appearance, tagliatelle is long and flat.

The little nests it comes in make tagliatelle very easy to deal with in the kitchen so it’s ideal for beginners looking to set off a meat sauce.

Best For: The legendary Bolognese

With so many different types of pasta, there’s every chance your favorite is not on our list.

If not, try one of the less familiar shapes above and ring the changes in the kitchen. Grab some wine from the cooler and treat your family to some Italian-inspired fare at its best.

1 thought on “10 Types of Pasta: Shapes and Styles for All Seasons”